You don’t have to be a royalist to be awed by the stunning palaces owned by the royal family. In total, they own 30 estates, but Kensington Palace and Buckingham Palace are perhaps two of the finest. From the Changing the Guard to the opulence of the buildings, the rich history to the natural beauty of the gardens, they’re both stunning constructions.

If you want a little background information before visiting, you’ve come to the right place. We’ll discuss the similarities and differences, their respective histories, how to get to each, and what to do when you’re there. 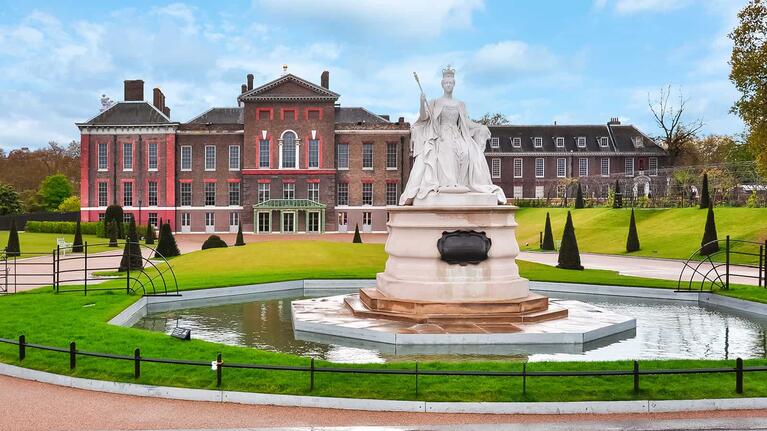 A Brief History of Kensington Palace

Kensington Palace is a royal residence in West London and the official London residence of the Duke and Duchess of Cambridge. The palace has undergone many changes throughout its history and housed many famous royals, including being the birthplace of Queen Victoria and the home of Princess Diana.

The palace, originally named Nottingham House before being renamed Kensington Palace in 1689, suffered extensive damage by bombing in the Second World War, with restoration taking place in 1952.

A Brief History of Buckingham Palace

Buckingham Palace is one of the most famous buildings in the world. It is the official London residence of the King and one of the largest palaces in Europe. This palace has witnessed many important historical events and served as the residence for important British monarchs like Queen Victoria and King George III.

Built in 1703 for the Duke of Buckingham, Buckingham Palace has undergone several important renovations and expansions. Today, it serves as a symbol of the monarchy and its history.

For perspective on just how big Buckingham Palace actually is, it has 775 rooms, and the garden is the largest private garden in London. 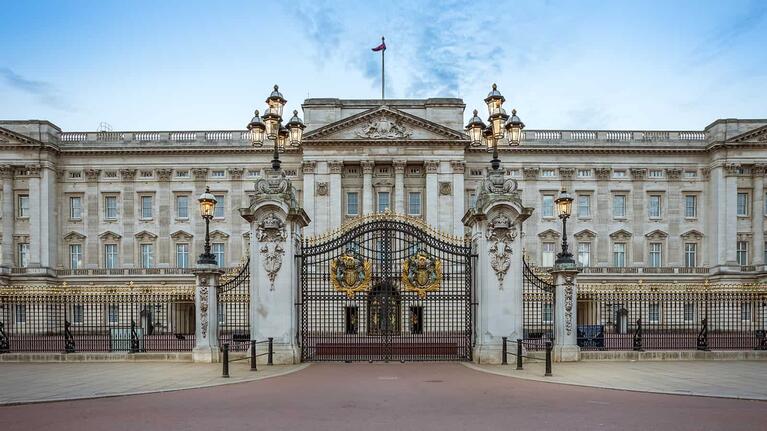 Where is Kensington Palace and how do I get there?

Kensington Palace, in the Royal Borough of Kensington and Chelsea, is open to the public on selected days, so anyone can visit Kensington Palace and see its magnificent state rooms. The palace is just a short walk away from Hyde Park and Kensington Gardens, which makes it a great day out for the whole family.

How to get to Kensington Palace by tube:

The nearest underground tube stations are High Street Kensington and Queensway. Both will require around a 10-minute walk from the station to the palace.

Where is Buckingham Palace and how do I get there?

Buckingham Palace is in the City of Westminster, central London, close to Westminster Palace and Westminster Abbey. It’s open to the public for tours during the summer months. The palace also hosts many state banquets, receptions, and ceremonies throughout the year.

How to get to Buckingham Palace by tube:

The nearest tube station to Buckingham Palace is Westminster, where you’ll need to take a short walk, 3 or 4 minutes, to reach the royal grounds.

Things to do at Kensington Palace

Take a guided tour of Kensington Palace to learn about the fascinating history of this London landmark. The tour includes the State Apartments, the King’s and Queen’s Staircases, King’s Gallery, sunken gardens, and more.

Keep your camera handy as you’ll have plenty of opportunities to take jaw-dropping photos. For example, The King’s Gallery is maintained to a level that looks exactly as it did when transformed for King George I in 1725. An almost 300-year-old time capsule. 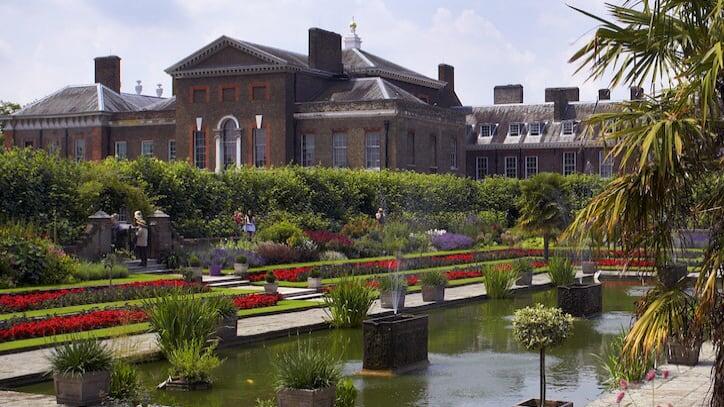 The Jewel Room at Kensington Palace is home to an incredible display of jewelry, including specially commissioned gems for Queen Victoria, a diamond and emerald tiara, an emerald necklace, and so much more. The level of opulence and craftsmanship is a feast for the eyes.

Kensington Palace Gardens is a treat for all the family. You’ll need comfortable shoes to explore the 240 acres, including the wildflowers, formal garden, and cradle walk.

It’s a vast property, so allow yourself 2 hours for the Palace, and another 2 to fully enjoy the gardens.

Things to do at Buckingham Palace

Time your visit for the Changing the Guard. It’s free to view at 11.00 AM on Monday, Wednesday, Friday, and Sunday and daily in the summer. 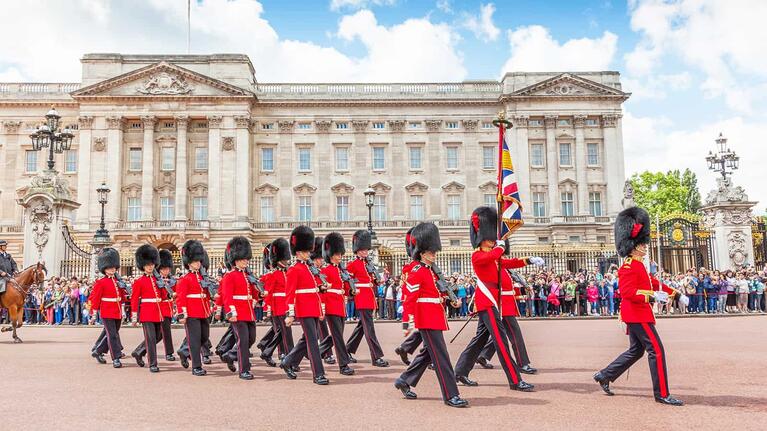 Inside the grounds, you have the option to tour The State Rooms, Royal Mews, gardens, and more. The Royal Mews are a working stable, steeped in royal history, with the opportunity to view the iconic 260-year-old Gold State Coach.

Tour The Queen’s Gallery to cast your eyes on priceless artistic pieces and artifacts. There are also fabulous global exhibitions, including a collection exploring 300 years of cultural exchange between the British and Japanese royal and imperial families, including rare pieces of porcelain, samurai armor, embroidery, and diplomatic gifts.

With so much to see and do, it’s recommended to spend between 2-4 hours.

Both Kensington Palace and Buckingham Palace are incredible buildings. If you’re a history buff, art lover, jewelry aficionado, or just looking for some great photos to boost your feed, you won’t be disappointed after visiting these 2 iconic landmarks.

They’re also both perfectly situated, surrounded by plenty of other attractions such as Trafalgar Square, Westminster Abbey, The Houses of Parliament, and Big Ben.