What English folk wouldn’t give for Moscow’s Luzhniki Stadium to be the one to have hosted the final when England last won the World Cup. Oh well. In case anyone needed any reminding, the last time England won the World Cup was in 1966. That was back when footballers smoked and had second jobs. You can learn a lot about the 1966 World Cup win and see a whole bunch of artefacts from the time during a Wembley Stadium Tour, available for free when you purchase a London Pass.

….but, they didn't. But Wembley did host the final. Southgate’s young team are pretty exciting, and their progress at the last World Cup was as inspiring to see as it was unexpected. But, apart from the penalty shootout victory over Colombia – a game they should have been finished with long before 90 minutes was up – there was a solid victory against a very plain Sweden team, and then a semi-final loss against Croatia.

Just take a look at this predicition for proceeddings:

But now fans are going to start believing England can beat anyone again, and they’ll believe they should not just beat teams, but beat them with style, and the media will start believing their own hype, then lash out at the players, and there’ll be a high-profile injury concern in the lead up to the tournament and people will be praying on Rashford’s foot health like they did with Beckham and Rooney and then there’ll be disquiet and discord in the squad, and then the players will all lose confidence and start second-guessing themselves, and they’ll lose the togetherness Southgate has tried so hard to imbue and then there’ll be a game against Germany or France or someone really good or maybe just Croatia again and Sterling will get an unjust red card and Kane will miss a penalty and then…and then…and then….

All this wasn't too far from the truth. It was actually Italy that dashed England's hopes of becoming champions, and shamefully, the fans really did lash out at the players.

Queen in 1986. Adele set the record for highest attendance with her 2017 show, cramming 98,000 in. Madonna likes doing Wembley Stadium shows. U2 do too. The Killers were so chuffed to be playing Wembley, they wrote a song about it and performed it on the night. 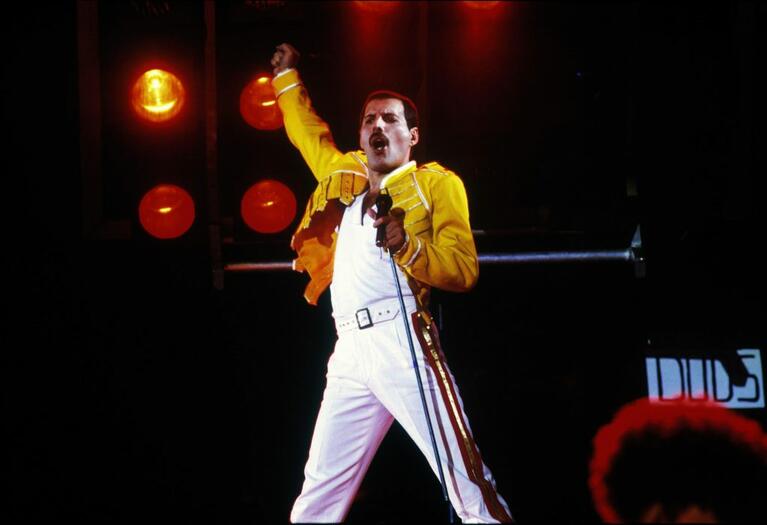 4) This Is Not the First Wembley Stadium

While younger generations imagine the arch-topped stadium when they hear the name Wembley, for generations of older sports fans, it will always be the white twin towers of the original Wembley that come to mind. Built as the centrepiece of the British Empire Exhibition of 1923, the first Wembley stood exactly where the new one is.

Its complete demolition in 2003 – including the iconic, white twin towers towers –was highly controversial at the time.

Since 1923, Wembley has always been the host of the FA Cup Final (apart from during the interim years whilst the new Wembley was under construction). Winners of the FA Cup final take the famous walk up to the Royal Box and presentation area to lift the trophy. The losers have to make the same walk to pick up their medals.

The 39 steps at the old Wembley stadium were famous as signifiers of victory or defeat. How do you want to feel when you walk up those steps, lad? Well, now you can find out.

Take the Wembley Stadium Tour, included with your London Pass, and you’ll be walking up the steps to the presentation area at the modern Wembley. There are 107 steps now. Footballers really are fitter these days. In addition to the FA Cup final, Wembley today hosts the FA Community Shield, the League Cup final, the FA Cup semi-finals, the Football League Trophy, the Football league play-offs, the FA Trophy, the FA Vase and the National League play-offs.

6) The Wembley Arch is BIG

It’s 134 metres tall, has a diameter of over 7 metres, and could comfortably fit a train hurtling through it. You could roll the London Eye underneath it. You shouldn’t, because the people of Brent would be pretty miffed. But you could.

It stretches 315 metres. And it’s made of strong stuff too: it holds most of the roof’s weight. Apparently, people from all counties of England had a hand in its construction. You can see it jutting out from all around London. Not my house though, sadly. 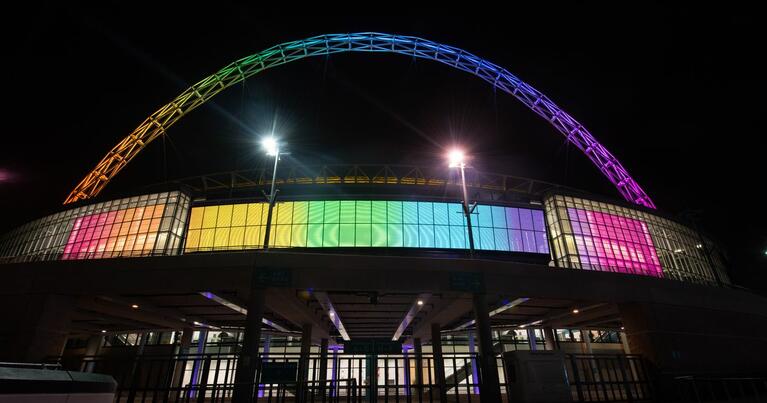 7) Wembley Is One of the Largest Stadiums in Europe

It’s got 90,000 seats, making it the largest stadium in the UK and second largest in Europe—only Barcelona’s Camp Nou is bigger, with a total of 99,354 seats. Why couldn’t Wembley’s designers just squeeze in another 10,000 seats and be the biggest? I don’t know. It was already going to cost £800 million.

With a 1km circumference and a volume of 4,000,000 cubic metres, the stadium can fit 25,000 double-decker buses inside. All beeping at each other to move.

Alternatively, you could fill the new Wembley with seven billion pints of beer. Or pints of anything I guess. Testament to the size of the thing is how many toilets you’ll find at Wembley Stadium. There are 2,618 toilets in total. I got to 1,988 before getting ejected. See how many you can use during your trip to Wembley Stadium.

The first football match hosted at Wembley was the 1923 FA Cup Final between Bolton Wanderers and West Ham United. An estimated 300,000 spectators came in. That is more than double the official Wembley stadium maximum capacity of 125,000.

Authorities didn’t think it was worth ticketing the event. The massive overstuffing of the stadium meant that the public were all across the pitch. As police attempted to move the crowd from the pitch, one officer in particular caught the attention of the crowd, riding elegantly atop a white police horse.

Since then it’s been known as the White Horse Final. 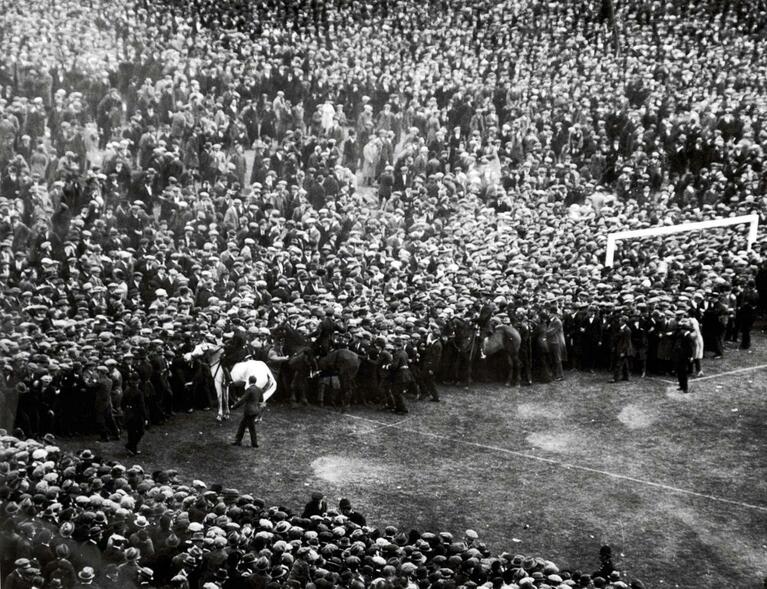 9) The Atmosphere of the New Wembley Has Been Scientifically Engineered

Crowd recordings taken at the old Wembley—famous for the Wembley Roar—during the 1999 FA Cup final and a 2000 England v Poland game were used as audio benchmarks. The design team used sophisticated computer models to recreate the same acoustics in the new Wembley.

Also, with the arch supporting the roof, there was no need to stick pillars, so there are no restricted views. And the architects tried to tier the stands in such a way to everyone felt close to the action.

10) A Bad Eiffel Tower Knockoff Was Found Underneath It

Well the concrete foundations were. During excavations preparing for the new playing field, construction workers found the foundation of what was known as Watkin’s Tower. Designed to surpass the Eiffel Tower in height and completely rip it off in style, the tower was never completed due to financial difficulties and safety issues. It would have stood right where the Wembley pitch is today. Which, if anything, would add a new layer that football so desperately needs.

Need more London landmark facts? Try these on for size.

10 Most Haunted Places In London