Way back when, on the 28th June 1491, one of England's most famous monarchs was born. King Henry VIII. Known for his six wives, desperation for a male heir, and desire to separate from the Catholic church. Jolly old Henry continues to fascinate us even today.  That's why we've put together some of our favourite historical facts about this rotund royal, so you can think about him all over again. It's exactly what he would want. So, here are our favourite facts about Henry VIII! 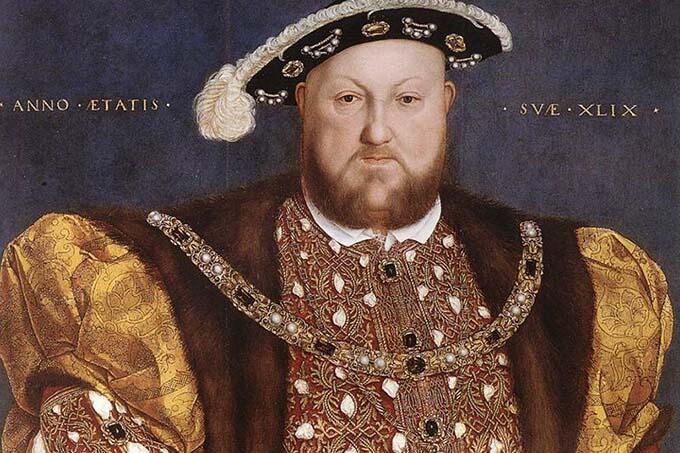 1. He was not expected to rule Henry was the second son of Henry VII and Elizabeth of York. His elder brother, Arthur, was heir to the throne until he died from sweating sickness at 15. Yes, that's a thing. And yes, they were sorely lacking antiperspirant back in ye olden times. Then, when Henry was just 17 his father passed away. We cannot confirm nor deny that this was from sweating. Fresh into his A levels, Henry took the throne. Sadly, his grades suffered. Not really you silly sausage! Henry was above A Levels. Plus, there were only like 2 uni's back then, and they wouldn't turn down a king. Once atop the throne, Henry VIII continued living a leisurely life for a monarch - preferring to sleep in. In fact, he only really got up to hunt, hawk, dance, gamble and play cards over his official duties. Sounds like a student to us. Except for the hawking. Unless it's a new thing the kids are into. We can't keep up, don't pretend you can. 2. He was a published author Before separating from the Catholic Church, Henry VIII wrote a 30,000 response to Martin Luther's protestant Ninety-five Theses, praising the church in Rome. He was the first English king to publish a book and the Pope declared Henry VIII "Defender of the Faith". A declaration he would rescind in years to come. Want to know why? Well, he created the Church of England, and separated from the Catholic Church, so he could get divorced. Top-level trolling there, Henry. 3. Paranoia and illness Henry was obsessed with sickness and death, specifically the sweating sickness - this again - and the plague. Which is fair enough, because living in a time before medicine, proper hygiene and the discovery of bacteria and viruses would have been terrifying. That, and by the age of  30 he'd already caught smallpox and malaria. Any time there was an outbreak, he would minimize his risk of infection by leaving London and limiting the number of ambassadors he saw. Even when Anne Boleyn caught the sweating sickness in 1528, Henry stayed far away until she got better. Henry; bad husband, good infection minimiser. 4. Weight issues Yes, some of the more well-known facts about Henry VIII are due to his enviable size. Despite being a tall, handsome and athletic young king (yes, really), the older age was not kind to Henry VIII. When he died in 1547, he weighed nearly 400 pounds and had a 54-inch waist. Impressive, in a time before burger stacks bigger than your head existed. This was partly due to some pretty severe jousting accidents and ulcers on his legs stopping him from his previous activities. And partly because why not? You're over 50 and ruled a kingdom for around 30 years. Just let it go. 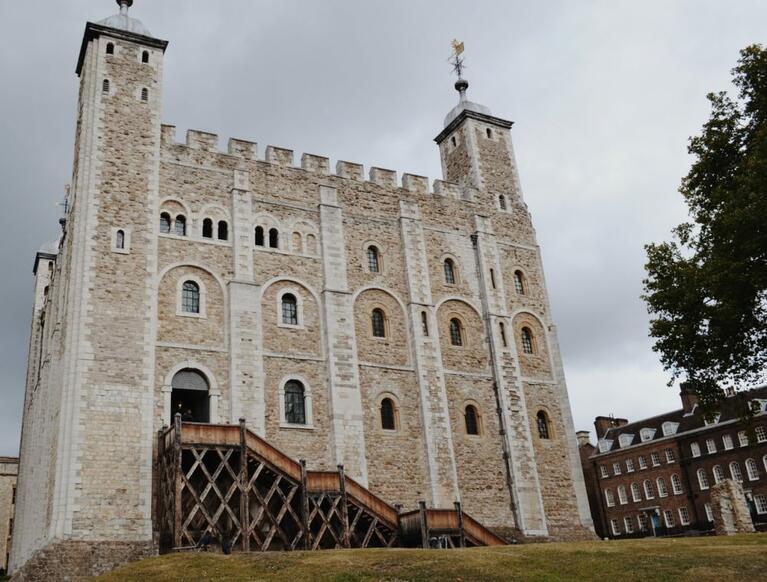 5. Merciless King In his later years, Henry grew more paranoid and ill-tempered. Crowds of prisoners were sent to the Tower of London at his orders. He sent more men and women to their deaths than any other English monarch. In fact, it's estimated 57,000 - 72,000 people were executed during his 37-year reign. Yikes. That's like, dictator numbers. 6. Multi-talented Not only could Henry speak Latin, French, Ancient Greek and Spanish, but also played the lute - basically a little guitar - and organ, sang, played tennis and jousted. Wow. Who knew that a life of luxury gave people time to do so much cool stuff? Colour us surprised. 7. Serial Womaniser Henry VIII's womanising reputation has lastest throughout history thanks to his six infamous wives and mistresses. In spite of this reputation, we only know of three specific mistresses, one of which being Anne Boleyn's sister Mary. Not cool, Henry. You should have kept playing tennis instead of playing the field. 8. Wife after wife There's a common belief that Henry married and discarded his six wives in quick succession, but that's not exactly true. He married his brother's widow Catherine of Aragon when he came to the throne at 17. Good guy Henry. And, they remained married for nearly 24 years. That is, until he had their marriage annulled in order to marry Anne Boleyn. His shortest marriage was to Anne of Cleves, which lasted six months. Bad guy Henry, the inspiration for today's young celebrities. Not in a good way.   9. Belgium rule He is the only English monarch to have ruled Belgium. After capturing the significant town of Tournai in 1513, Henry eventually handed the territory to France in 1518. Truly a generous king. 10. Legacy In spite of his obsession with producing a male heir, Henry VIII had four children. Three were from his marriages. The other, who was named Henry Fitzroy (which means son of the king, very clever) was from his mistress Elizabeth Blount. His three "official" children went on to be kings and queens, with his youngest Elizabeth I becoming an iconic monarch in her own right. Quite the legacy, Henry. And those are our favourite facts about Henry VIII! Know any more tasty tidbits about the Tudor's best rapscallion? Let us know in the comments below. Oh, and while you're here, why not check out more of Britain's most famous figured throughout history? Or some fascinating facts about Henry's old home?
Tags
Fun facts
Previous post