The Best Things To See At The British Museum

You could easily spend the whole day in The British Museum and still have thousands of artefacts left to explore. Founded in 1753, the British Museum is one of London's most popular museums.

Stunning architecture? Check. Awe-inspiring exhibitions? Check. A remarkable collection of over 8 million artefacts that span 2 million years of human history? You bet. The museum boasts some of the world's most famous historical objects. It's enough to make your head spin. But don't worry, set your head at the preferred angle. Here's our list of the best things to see at The British Museum. 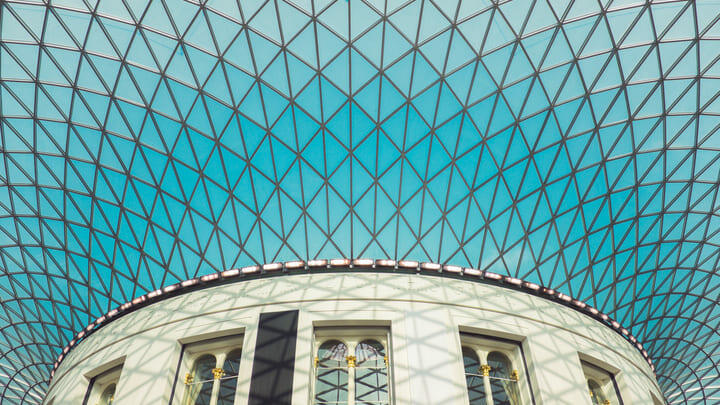 The Rosetta Stone is a stone tablet. You may have heard of it. Thanks to it, modern humans were able to unlock ancient Egyptian hieroglyphics. Pretty important, then. So, it's no surprise that it's the most visited exhibit in the museum. The stone is carved with ancient Greek, hieroglyphics and demotic Egyptian. Originally discovered by French soldiers in 1799, it later passed into the hands of the British. And now it's in our museum. Yeah. 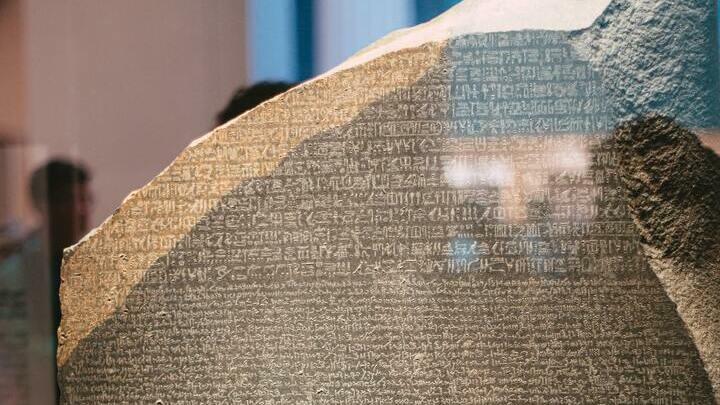 The British Museum is home to many amazingly preserved mummies. But, perhaps the most impressive is of Katebet, Chantress of Amun. Wrapped in linen and bearing a striking golden mask, the exhibit dates all the way back to 1300BC. And if that isn't a testament to the longstanding power of mummification, then she's sure to curse us all. Not really! Don't worry, mummy curses aren't real. Or are they? No, they're not.

In Assyria, lion hunting was a mark of kingly prowess. And many Assyrian alabaster panels in the museum tell the tale of King Ashurbanipal's exploits. Discovered in 1853 by Assyrian archaeologist Homuzd Rassam, the stunning depictions are eerily realistic. And, while they may be an animal activist's nightmare, there's no denying the superb craftsmanship. 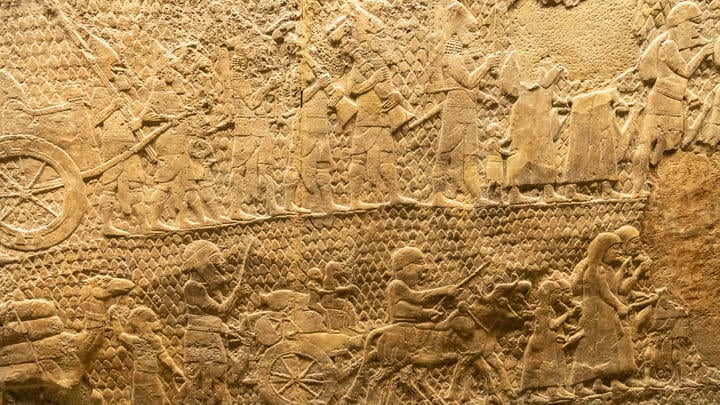 These gorgeous sculptures have long been at the centre of controversy. Originally built to honour the goddess Athena, Lord Elgin...acquired...them from the Greek Parthenon in the 19th Century. Still, the collection of intricate marbles catalysed a fascination with classical Greece in Europe. So much so that the British Museum purchased them in 1816. Much to the Greek government's understandable dismay. 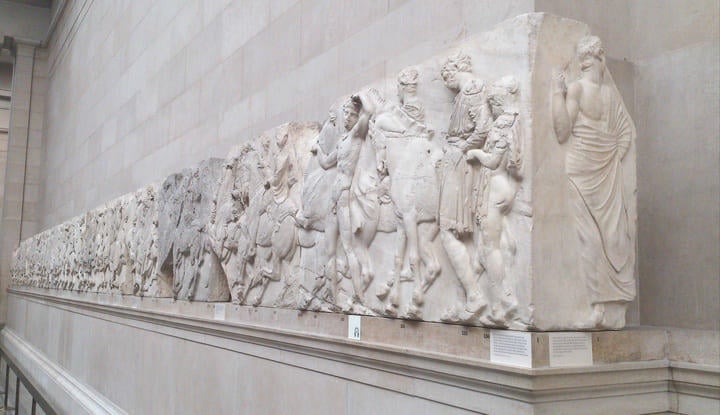 This collection of chess pieces, unearthed in 1831, are carved from mainly walrus ivory and whale teeth. Depicting real kings, queens, and bishops, they date way back to around AD 1200. They were discovered in Scotland, off the Isle of Lewis, formerly part of the Kingdom of Norway. They are thought to belong to a merchant travelling between Dublin and Norway. Chess - clearly a success worldwide. 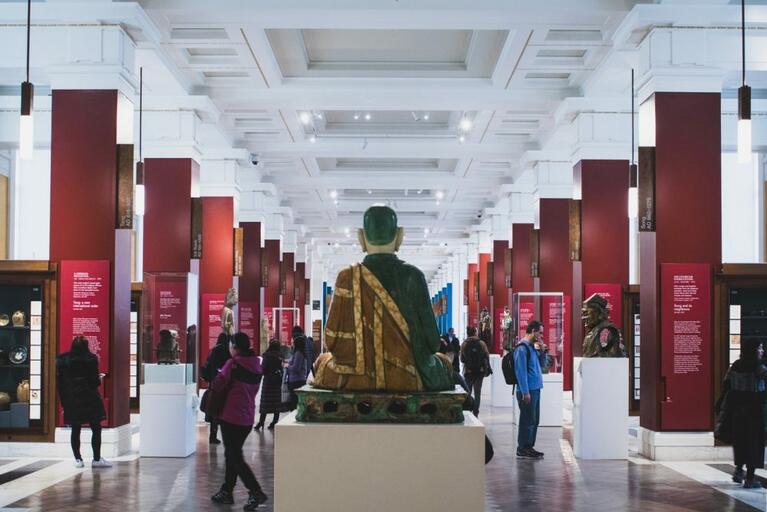 Steering away from Britain altogether, this Japanese warrior armour still cuts an imposing figure today. Harkening back to the Edo period, this armour forged by Unkai Mitsunao is unique. A number of its pieces come from different times. That includes a 16th-century bulletproof breastplate, and elaborate neck and leg pieces from the 18th century.

A legacy of a lost tradition, this massive statue named Hoa Hakananai'a (lost or hidden friend) is one of the moai of Easter Island. These huge sculptures are built to honour sacred ancestors. Brought to Britain by Commodore Richard Ashmore Powell in 1868, the basalt statue also features carvings of birds and rings on its back. Definitely one of the best things to see at the British Museum.

This red granite statue was one of many commissions by King Amenhotep III. The head alone weighs an incredible 3600 kilograms. Who knows how much the entire statue once weighed. Discovered in the Temple of Mut, it was acquired by British archaeologist Henry Salt in a Cairo warehouse. It's believed that the face, originally of Amenhotep III, was recarved to resemble proceeding king Rameses II. Now that's what we call a retcon.

These delicate Persian relics were crafted between 500 - 400 BC. yet, they're still impressive thousands of years later. The British Museum holds one of the most important collections of Achaemenid gold on the planet. Here, you'll see a stunning Oxus horse and chariot sculpture.

This helmet is only one of four intact helmets from Anglo-Saxon England. It was discovered at the Sutton Hoo ship burial, one of the most important archaeological sites in Britain. It's believed to have been part of a king or rich noble's collection. And, unfortunately, restoring the helmet to its current glory was difficult as it had shattered. However, it was later reconstructed to reveal its imposing mask and distinctive shape. Marvellous!

So, there you have it. That's our list of the best things to see at the British Museum. Now, you should have no trouble getting all of it in during a single visit.

Looking for more culture in London? Go see the history of astronomy unfold at the Royal Observatory or take a walk around St. Paul's Cathedral.