Trace your way around the capital with these famous London film locations. London is an iconic city for its architecture, culture and general ‘vibe’. What’s more though is that the capital has been immortalised on screen throughout the years and portrayed in many different lights from the mystical and magical, to the nail-biting and thrilling.

The city itself has a variety of personas to be discovered on a film tour of London. Let’s take a look at the changing landscapes of London and the iconic scenes from some of our best loved films that have captured London at its best. 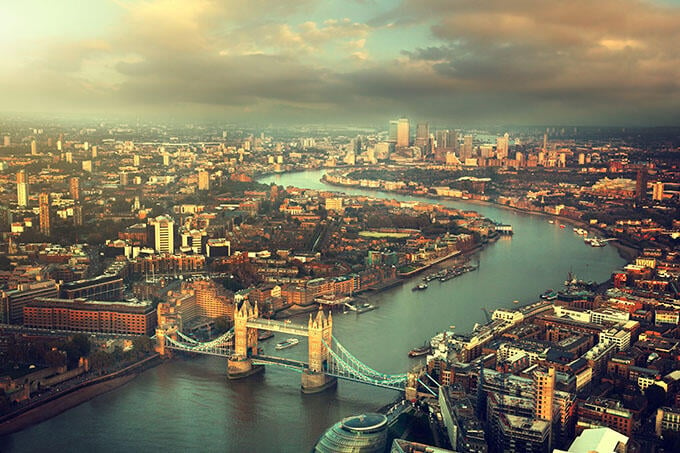 James Bond: the world's favourite action hero and Mi6 spy. Okay, we'll give you this as perhaps a bit of an obvious connection London. With offices based on the banks of the Thames, his HQ is frequently featured in the popular series Fleming created so many decades ago.

A memorable moment was Pierce Brosnan’s speedboat chase along the Thames in The World is Not Enough. Later, in Skyfall, Daniel Craig symbolically stands on a rooftop in central London with some of the most iconic sights on the horizon, including Big Ben and the tops of the houses of Parliament, with bronze topped domes of local churches in the foreground.

Spot some of London's iconic "Bond spots" with a trip down the Thames on a Hop On Hop Off Thames River Cruise - you'll even spot the famous MI6 and MI5 buildings on the rivers-edge to leave you shaken and a bit stirred... with awe. 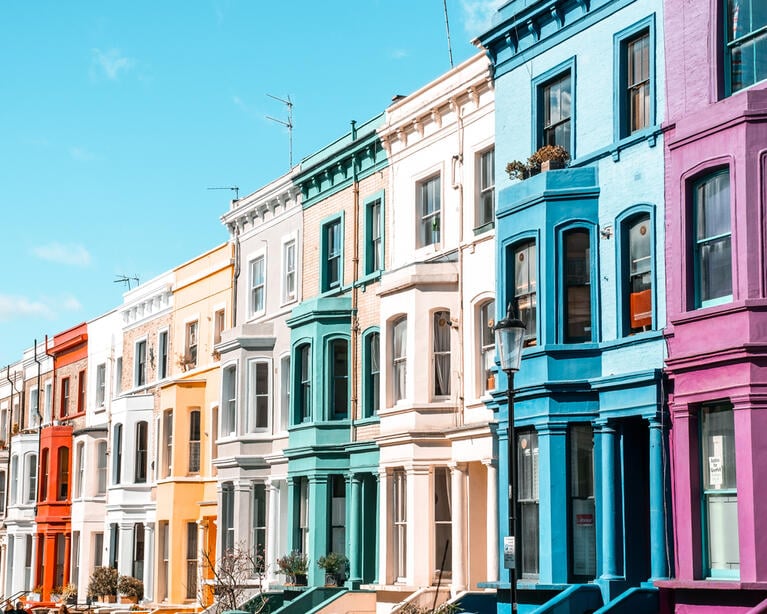 Probably one of the best pop-culture films of the 1990s, Notting Hill, starring Hugh Grant and Julia Roberts, takes you on a tour of London like a local, as lived by a group of thirty-somethings. Grant’s iconic tiny house with the blue door can be found at 280 Westbourne Park Road. Although be warned, you ardent 'grammers, the owners of this house have since painted and changed the façade.

His travel bookshop lives at 13-15 Blenheim Crescent. It’s even been renamed Notting Hill Bookshop in homage to the film.

While you're wandering around the area, why not check out some of our neighbourhood hot spots courtesy of our Notting Hill area guide. 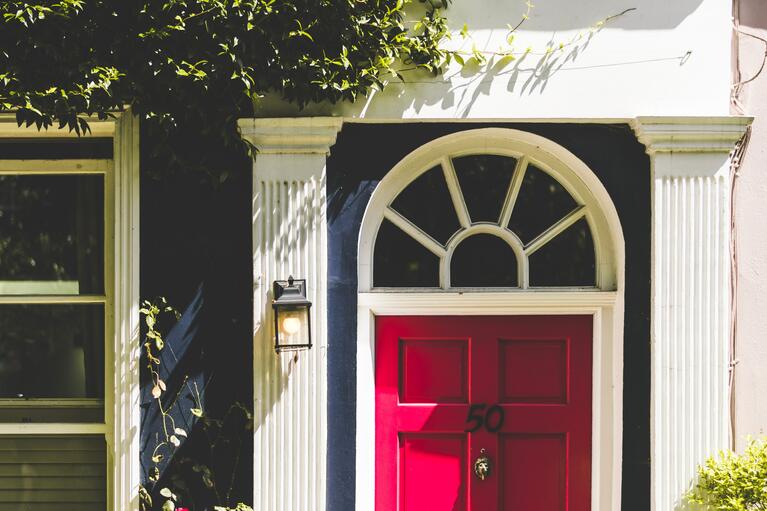 This much-loved protagonist will always have a soft spot in hearts all of the world, even those who found her antics a bit on the ridiculous side. With an objectively hilarious life and full of love dramas, she was the lovable character of Helen Fielding’s creation. Her quirky flat moved South of the river for the film, from its original location in Holland Park in the books.

For those with a keen eye who’ve visited Borough Market, you’ll recognise her black front door beside The Globe pub on Bedale Street. That's a DARN good beady eye for London film locations, well spotted! And those of us with colossally powerful memories might even remember the scene where Darcy and Daniel have their bare-fisted battle and smash through the Greek restaurant. Well, that's now a wine merchant called Bedales, just around the corner in the popular marketplace.

Only steps away from this iconic market area, you'll see The Shard soaring into the air, casting a pointy shadow over Bridget's flat. 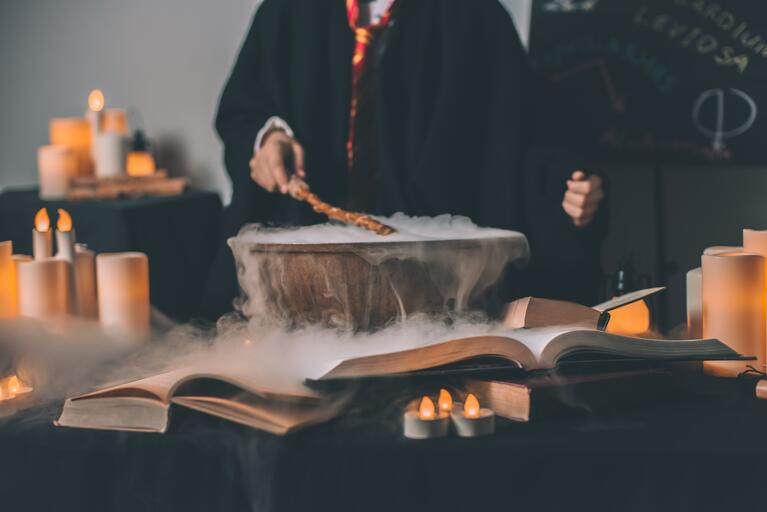 Do you like magic? Do you like train stations that are missing a quarter? Then you'll love Harry Potter and his magical world, based in London. Fans of the books might recognise some architecture featured heavily in the film. The Ministry of Magic was filmed outside Scotland Yard and the street shots (you’ll remember from Diagon Alley) combined Borough Market and Leadenhall Market. Even though they’re not even remotely nearby...

And who can forget platform 9 ¾ in Kings Cross. The station represents the portal into the magic world to catch the Hogwarts Express train, which is signposted in the actual Kings Cross station. You can even go and get your photo taken there.

There's a number of wizarding places scattered across London, from dedicated Harry Potter fan stores to the Warner Bros. Studio Tour where the magic happens to the shaky bridge Voldemort destroys in the last film.

Check out our master Harry Potter guide to London - and don't forget to bring a Potterhead or two.

Now a Hollywood Blockbuster, Paddington Bear is one of London’s most famous mascots. This fictional character has been around since 1958 when Michael Bond’s series of books plucked him from the depths of the Peruvian jungle. And placed him into the home of the Browns.

Those travelling in and out of Paddington station will be able to purchase a small bear as a memorabilia at this iconic London film location. Make sure you don't feed it marmalade sandwiches unless you like your stuffed bears fossilised, though. 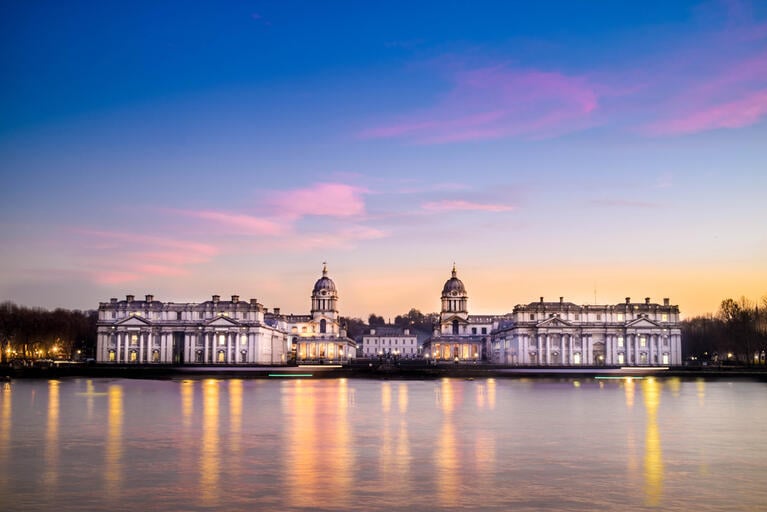 As the film reaches its revolutionary peak, the cast of Les Miserables takes to the barricades. This, shockingly, wasn't set in Paris but in Greenwich nearby the Old Naval College. According to The Telegraph, the set designers spent a month scouring the city for period furniture before knitting it altogether to form the impressive wall at which Enjolras and the revolutionaries make their impressive last stand.

The buildings surrounding the college also played a part in the film. It's all down to Greenwich's quaint charm, so pat yourself on the back Greenwich. While it's not entirely relevant to Les Miserables, a stroll through the park and a visit to the Royal Observatory is always a great shout, with its breathtaking view over the Thames river. Hugh Jackman would absolutely approve.

Elsewhere in this lovely corner of London, where the narrow and windy streets seem to resemble and English fishing village, you'll find the 19th century ship Cutty Sark and the fantastic National Maritime Museum that overlooks the Thames.

Fun fact, the film Wimbledon was actually shot at The Queen's Club, out in South Kensington. This grand club actually hosts an impressive tennis tournament of their own called The Queen's Club Championships. Despite its pretty unambitious name is one of the big qualifiers leading up to Wimbledon.

However if you're looking to really get into the technical nitty gritty behind the Kirsten Dunst romcom, it's worth jumping over to Wimbledon itself where you can tour the Wimbledon Lawn Tennis Museum.

Want to get a truly behind-the-scenes look at some of the top London film locations? Join a Brit Movie Tour, included with your London Pass.

Pick up a London Pass® and set foot exploring your favourite movie locations in our awesome city. You'll make great savings vs. paying at the gate!

The Best Pub Crawls in London

London Neighbourhoods: Things to do in Notting Hill