One of London's most popular attractions and the world's oldest scientific zoos, the ZSL London Zoo houses 698 species of animals, with 20,166 individuals, making it one of the largest collections in the United Kingdom!

Located in Regents Park, it's a fun, fascinating and peaceful animal oasis in the heart of London where visitors are invited to get up close with some of their favourite animals, enjoy live feedings, exhibitions and more! Learn more about this stunning historic attraction with our favourite London Zoo facts that you may not have known!

1. Oldest in the world

Founded in 1826 by the Zoological Society of London, the ZSL London Zoo was originally built to keep animals for scientific research. It was the creation of Sir Thomas Stamford Raffles who is also famous for the founding of Singapore (and the famous Raffles Hotel).

For the first 20 years, only fellows from the Zoological Society were allowed into the Zoo. It was in 1847 that the Zoo was opened to the public, to help the Society's funding. 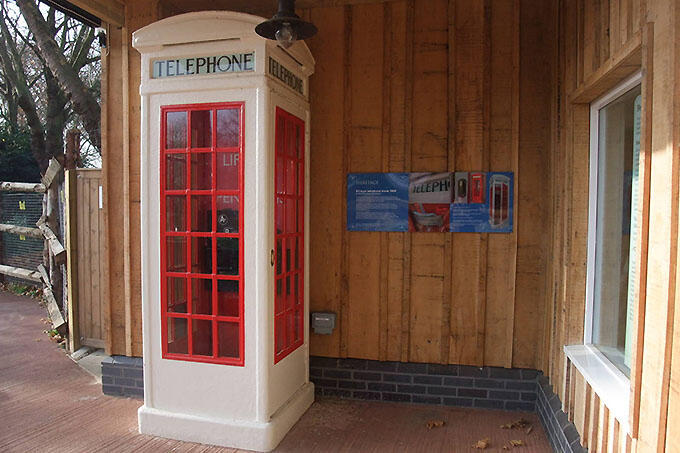 While the Zoo has plenty of beautiful listed buildings (don't miss a visit to the incredible Reptile House where Harry Potter spoke to a Burmese python in the Harry Potter & The Philosopher's Stone film), there's a unique landmark that peaks our interest.

While at Penguin beach be sure to seek out the Grade I listed classic telephone box. Painted white with red windows, it's one of only two left in Britain - the other one is in Scotland!

Home to 698 species of animals, with 20,166 individuals, London Zoo stretches over 36 acres in Regents Park. For the bigger animals, you'll need to head to ZSL Whipsnade Zoo, which has 600 acres for the elephants, rhinos and other creatures to wander. 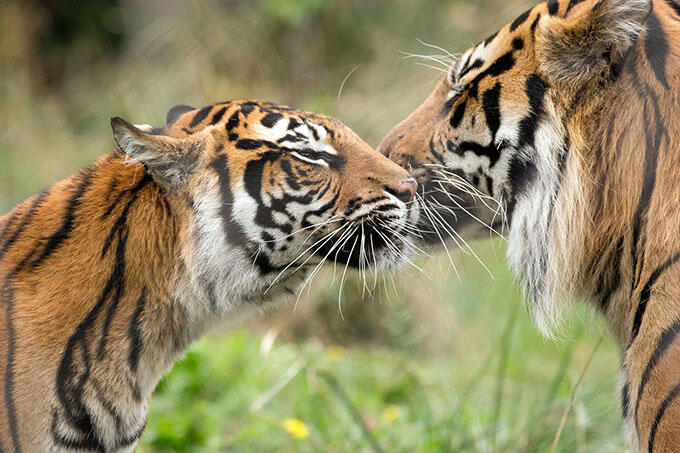 The gorilla statue at the entrance to the zoo is a tribute to one of the zoo's famous residents. A western lowland gorilla arrived at the zoo on 5 November 1947, which happened to be Guy Fawkes Night, leading to his name "Guy".

He became a mini celebrity, attracting thousands of visitors for over 30 years. 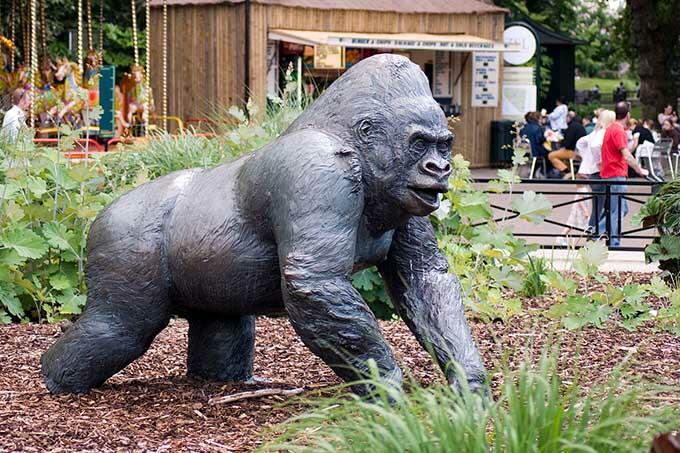 In 1865, the London Zoo welcomed an African bull elephant who was named Jumbo. Growing to 11ft tall, his name came to inspire the word "jumbo" meaning "very large".

One of the world's best-loved children's character was inspired by a former London Zoo resident. A black bear named Winnie lived at the zoo from 1914 to 1934 and unlike many bears, was gentle, tame and loved being handled.

Author A.A Milne was inspired by this gentile critter that he created the Winnie the Pooh character after visiting her with his son Christopher Robin.

While writing the Origin of the Species, Charles Darwin (who was a fellow of the Zoological Society of London) regularly visited ZSL London Zoo to study the first orangutan that lived there, named Jenny.

He noticed the human-like behaviour and characteristics of the ape such as listening to the zoo-keeper, throwing tantrums when she didn't get a snack and being surprised by her own reflection in a mirror.

The first ever British-born captivity-bred polar bear was born at ZSL London Zoo in 1949. His name was Brumas and his arrival caused zoo attendance to jump to 3 million in 1950 with books, postcards and toys created in his image.

The amusing part of the story, is that none of the papers realised at the time, that he was in fact a she! 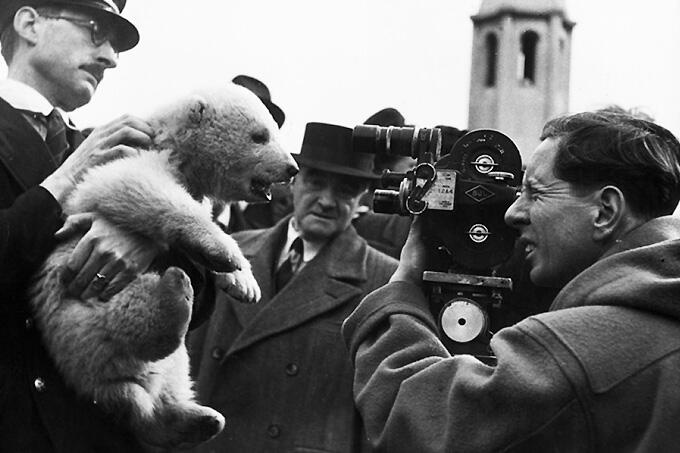 With 20,166 creatures calling ZSL London Zoo home, it's no surprise that there is a significant amount of excrement in each enclosure. All the animal poop is recycled and used a fertilizer!

In 2006, 950 exotic fish and corals were seized by Customs officers at Heathrow airport. ZSL London Zoo rescued them and rehoused them in the zoo's aquarium. 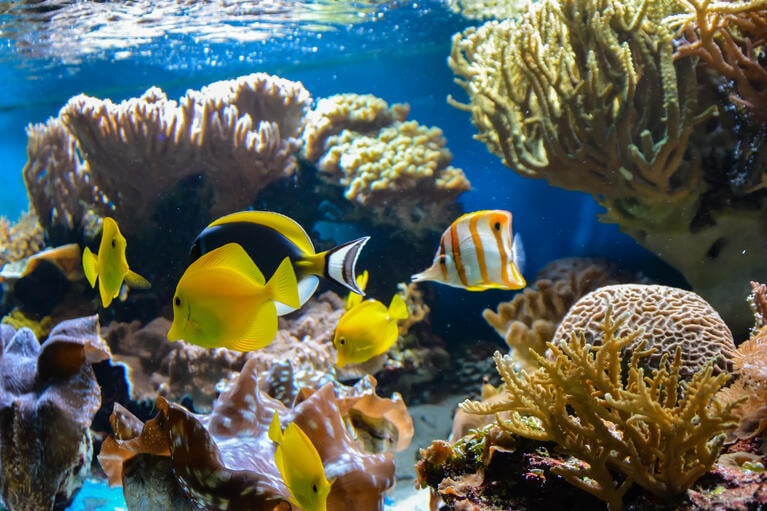 In 1965, a golden eagle named Goldie brought the traffic around Regents Park to a standstill when he escaped his enclosure during a cleaning. He evaded recapture for 12 days with the saga being covered in the papers and on the BBC, as well as being mentioned in a debate in the House of Commons.

During his time out he ate a duck in the American ambassador's garden and tried to attack two terriers in the park. He was finally caught, in good health, by the zoo's deputy head after using a dead rabbit to tempt him back.

The only living quagga to be photographed lived in ZSL London Zoo before the species became extinct in the 1870s. The zoo also housed a number of Tasmanian tigers before their extinction in the 20th century. 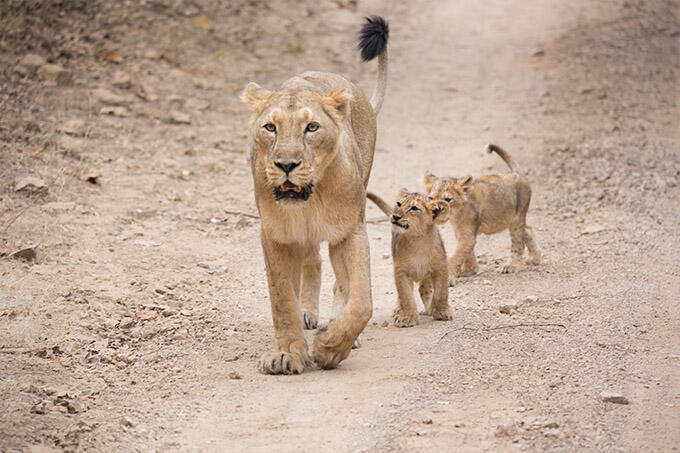 In 2005, the zoo displayed an exhibit called the Human Zoo for four days, during which eight people were "on display". The idea was to showcase the nature of a human as an animal and highlight the impact people have on the animal world.

Consider adding the ZSL London Zoo to your itinerary during your trip with The London Pass®. You'll make great savings on comined admission vs. paying at the gate, and your pass includes entry to dozens more top attractions in the city!