Designated a Grade I Historic Building, there's no surprise that it's brimming with interesting facts and history. That alone is a fact. But there are many more to discover. So why not take a few with you when you visit? Here are our favourite Royal Albert Hall facts! 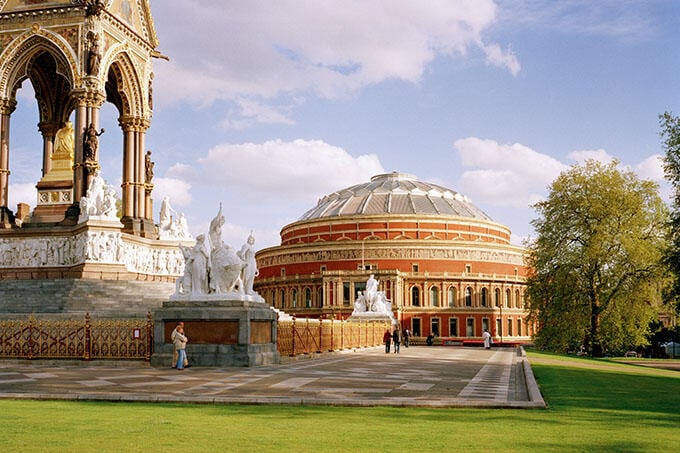 The first year that the Royal Albert Hall opened, it showed just 36 shows

While it may seem hard to believe now, the Royal Albert Hall opened to just 36 shows a year. Sure, it was 1871 and things may have been a little slower way back then. But the growth of its events calendar has been absolutely phenomenal.

These days, it hosts roughly 400 events a year. That's over ten times the shows. Well done, Albert. Quite the jump.

The Royal Albert Hall is over 150 years old

As one of London's oldest and most iconic performance spaces, the Royal Albert Hall has been a massive fixture of British entertainment. In 2021, it celebrated its 150th birthday. And you can bet your bottom dollar they celebrated in style.

In fact, the celebration involved a massive project called The Great Excavation. In a nutshell, a huge renovation project will be underway. However, unlike the ever-rising London skyline, Albert will benefit from a gargantuan basement. Because it's deep. 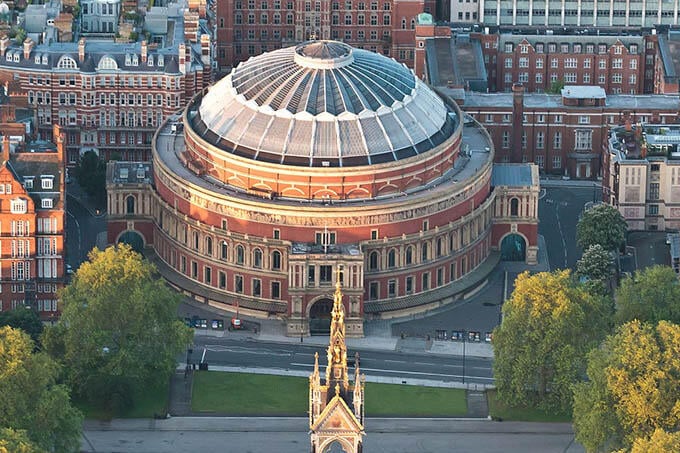 The gigantic glass dome that covers Royal Albert Hall is no small feat, spanning over 20,000 square feet. It was designed by the team that conceived the glass roof of St Pancras station. However, the Royal Albert Hall was much more ambitious. The dome still stands as the largest unsupported glass dome in the world. They first built a test dome out in Ardwick before constructing it in London. At least they had a practice run.

During WW1 and WW2, the Royal Albert Hall was used as a landmark for war pilots

Since Albert has such an eye-catching roof, enemy pilots used it to reorient themselves while bombing the capital. During the war, the roof was painted black, and yet it was still struck by bombs a few times. While some of the glass and terracotta blocks were destroyed, it remained standing. Take that, evil. 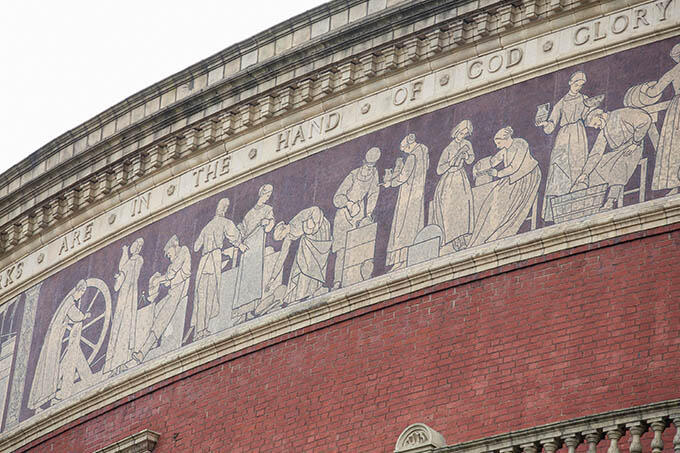 If you look up at the top of the Royal Albert Hall, a large white mosaic of scientists and artists lines the hall roof. It's a gorgeous piece of work that spans 800 feet and is a marvel in itself. However, its architect, Major-General Scott, originally intended for it to be a sculptural mosaic. Much like those in Rome or Greece.

Unfortunately, money was tight, so he had to settle for a flat-tiled version. Aww. Nevermind. It still looks great, Major-General Scott.

You'll have to squint to see this one. At the top of the hall's mosaic is a narrow white band covered in text. It reads:

This Hall was erected for the advancement of the Arts & Sciences and works of industry of all nations in fulfilment of the intention of Albert Prince Consort. The site was purchased with the proceeds of the Great Exhibition of the year MDCCCLI. The first stone of the Hall was laid by Her Majesty Queen Victoria on the twentieth day of May MDCCCLXVII and it was opened by Her Majesty the twenty-ninth of March in the year MDCCCLXXI. Thine O Lord is the greatness and the power and the glory and the victory and the majesty for all that is in the heaven and in the earth is thine. The wise and their works are in the hand of God. Glory be to God on high and on Earth peace. 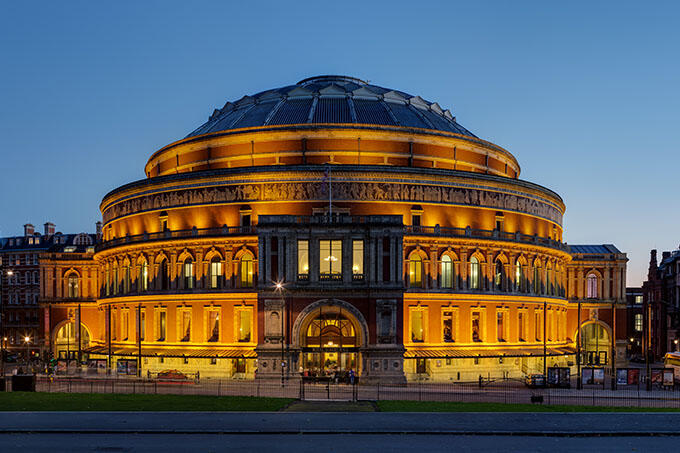 The grand staircase at the back of Royal Albert Hall originally had a very straightforward name. The South Steps. However, they were understandably subjected to brutal London weather and the wear and tear of thousands of feet. So, they were desperately in need of an upgrade.

Good news - they finally got one in 2004. Then, in 2013, they were renamed 'the Queen Elizabeth II Diamond Jubilee Steps'. The Queen even attended the naming ceremony.

The Royal Albert Hall's organ cost 8,000 pounds - but its restoration cost over a million

The striking Henry Willis organ that dominates the theatre was crafted by – you guessed it -– Henry Willis. His team rushed its construction in just 14 months. That meant it was ready in time for the Royal Albert Hall's opening ceremony in 1871.

Between 2002-2004, a £1.5 million restoration project was started to restore it to its former glory as 'the voice of Jupiter'. This project also added more pipes, making it 150 tonnes heavy and 9,999 pipes wide. That's a lot of pipes!

Now pipe down, we're not done yet. 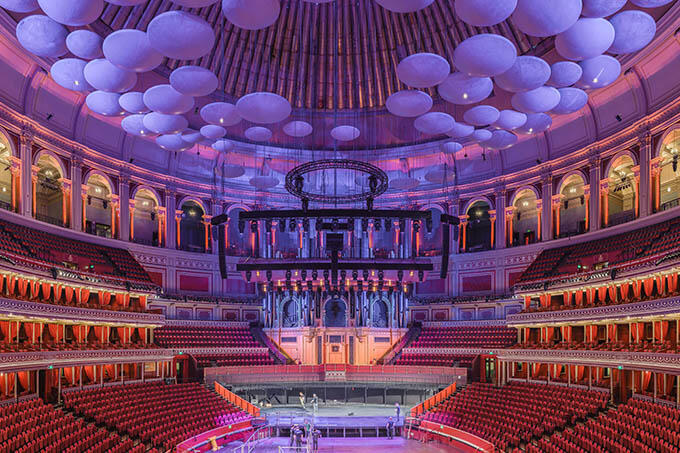 Due to the unusual domed ceiling, the Royal Albert Hall actually has terrible acoustics. Sadly, they didn't think that through. However, back in the 1960s, a team was brought in to solve the problem. Their solution? Hang 135 fibreglass acoustic diffusers from the top. And it worked! The notorious echo was no more. They've managed to wrangle it down to 85 now.

Just look up and you'll see these upside-down flat-top mushrooms. That's them. Hence their funny nickname.

Back in 1867, a big ceremony was held to celebrate the construction of the Royal Albert Hall. Queen Victoria attended, and she was given the honour of laying the hall's foundation stone. Befittingly, she used a golden trowel to do the job. If you're sitting in Stalls K, row 11, seat 87, you'll still be able to catch a glimpse of the inscribed slab. So pick the right seat!

And that's our list of Royal Albert Hall facts. Hope you enjoyed them! Why not take a closer a look and book a tour? And after, go check out Kensington Palace.