Things to do in London with Kids - The London Pass

Trustpilot
Things to do in London with kids

Travelling with the family? Experience the best family-friendly attractions with our guide to top things to do in london with kids.

London is a great playground for children, as there are so fun things to do in London with kids. The city caters for a wide range of interests and hobbies for all ages, toddlers to teens. Whether it’s staying inside and gaming at the Namco Funscape arcade, or seeing the old tube carriages and buses at the Transport Museum, there’s plenty of London kids activities to keep the little ones entertained. 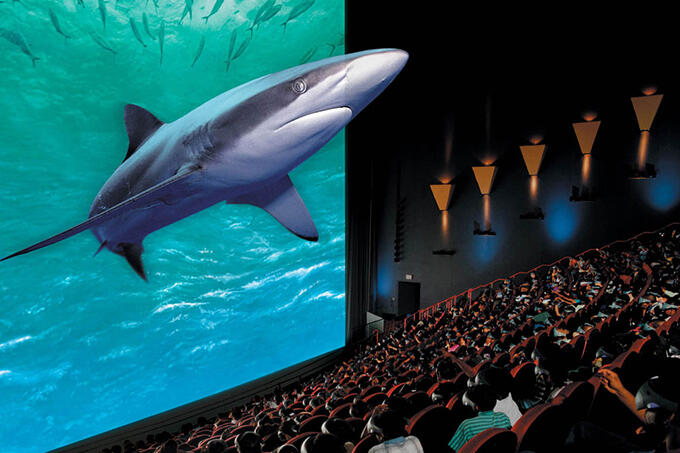 Science Museum IMAX
The IMAX theatre at the Science Museum is every kids dream! Watch some of the most spell-binding films in 3D with enhanced visual and sound effects on a screen the size of four double-decker buses. You’ll be captivated by the stunning images and you’ll feel like you’re experiencing it for yourself. An IMAX film is ten times the image quality and with a range of films to choose from you can go deep diving under the sea, visit outer space or fly to the moon. Strap on the 3D goggles and be swept away by the cinematography.

London Transport Museum
The London Transport Museum is a great museum for the family and for those with a fascination for locomotives. The kids will love the exhibits, telling of the history of London and the evolution of modern transport since 1800. The museum features engaging displays showcasing old posters, newsreels, station signs, and even old tickets so it’s a fun way to look back in time at how things have changed. The museum is also home to the iconic red Routemaster bus and the world’s first Underground steam train. 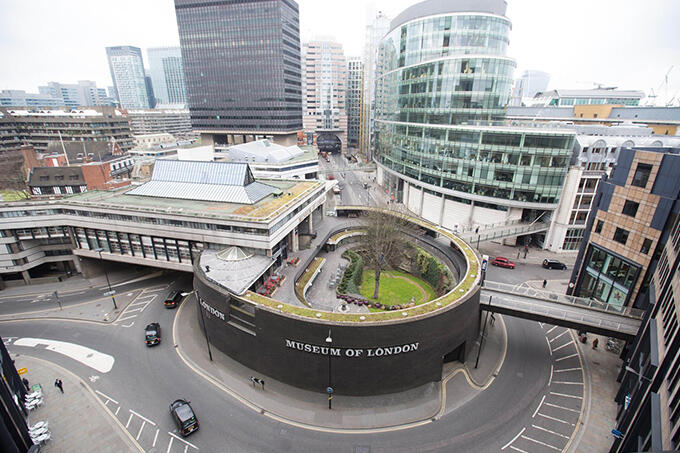 Museum of London
If your kids are as fascinated by history then the Muesum of London is a great place to take them to learn about the ever-changing history of London and about the people who make up this fantastic city. The Museum of London is made up of compelling exhibits which take you through the years from Roman London to the modern day, touching on the devastation of WWII, the importance of the Olympics and the new Royal Babies – alongside many other great temporary exhibits. No matter what age, if you love London, indulge in it at the Museum of London!

British Museum
Every family should take a day out to visit the British Museum, one of London's grandest museums travel across the globe and through the world's history from ancient Egyptians and Native Americans culture to Ancient Greek, Mesapotamia, Anglo Saxons and more. Discover incredible artefacts and exhibits such as the Sutton Hoo ship burial, Egyptian mummies and Rapa Nui Moai from Easter Island as you wander through the museum's extensive grounds.

Indoor activities for kids in London 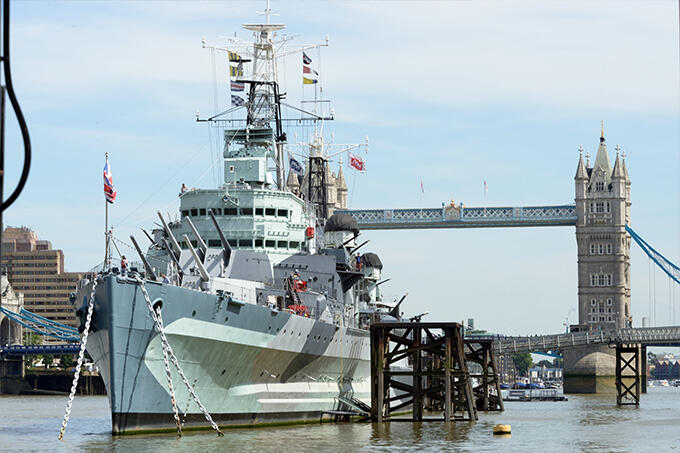 HMS Belfast
The HMS Belfast docked by London Bridge is one of the most iconic historic wartime attractions in London. Step on board this fascinating floating museum and learn about one of the most important battleships in the early 20th century. The HMS Belfast played a significant role in both the Korean War and the Second World War and continued to serve her country in military battle until 1965 so she has stories to tell. Walk the decks and learn about her history and of those who lived on board and fought bravely with her for over 30 years.

M&Ms World
Kids and sweets go hand in hand so treat them to a chocolate indulgence at the iconic M&M’s World in Leicester Square. There are four floors of chocolate M&M goodness, merchandise and other limited items to take home as souvenirs. With The London Pass you can enjoy 15% off your purchases – whether it be a novelty mug, or bags of multi-coloured M&Ms. Make sure you visit the chocolate wall with 22 colours and mix and match your own bag of M&Ms.

Namco Funscape
If you take the kids to Namco Funscape they will be entertained for hours! In this giant arcade the children can enjoy all manner of games from grabbems, to air hockey, virtual driving and techno bowling! There are even bumper cars to jump in to crash into your friends and family and get that competitive streak going – great fun for kids! With the London Pass you’ll get free games tokens to go towards your fun and it’s a great place to while away the hours on a rainy afternoon!

London Bridge Experience
The London Bridge Experience is not one for the faint of heart – and not one for the little ones either. This is a great attraction to take adrenaline seeking teenagers who want to test their fears! It’s been voted the scariest attraction in London and will take you into the depths of London Bridge, down into the tunnels and tombs. Through this interactive attraction you’ll learn about the gruesome and gory history of some of London’s most notorious criminals and shocking events, from tales of Jack the Ripper, to venturing down into the 16th century plague pit. 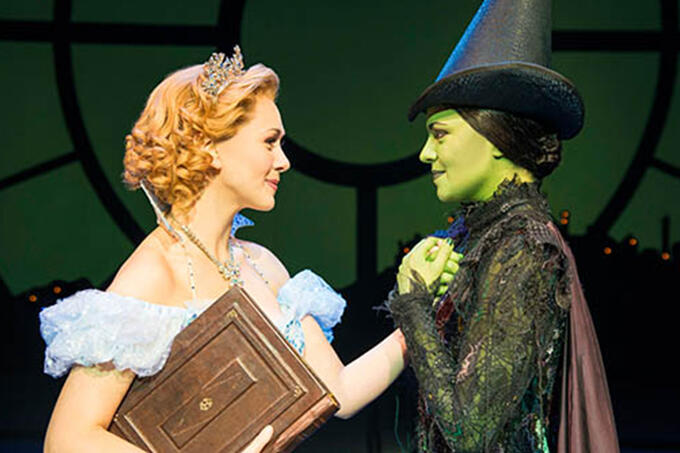 Wicked
This beloved Broadway musical unravels everything you thought you knew about The Wizard of Oz, following Elphaba, the series' Wicked Witch, only to uncover that she isn't all that evil after all. Beginning with her time at school alongside her best friend Glinda the Good Witch and later following the events of the popular film, it's a show full of laughter, joy and tears. Plus, the sound track's going to be stuck in your head forever.

The Lion King
The Lion King is a West End veteran at this point, with years of experience on the kids theatre London scene and a continued sell-out streak. See the beloved Disney film as you've never seen it before onstage, with vibrant puppets, show stopping fight sequences and a stunning live musical score that'll send chills down your spine.

The School of Rock
The Jack Black film of the same name gets a major musical update in this fun, quirky stage show by Andrew Llloyd Webber. It follows the story of failed rockstar Dewey Finn, who gets roped into substitute teaching at a posh school where he inspires his students into setting up a ragtag rock band. It's loud, it's full of jokes and it's unbelievable just how talented the child actors are - maybe it'll inspire your children to pick up a musical instrument, if they haven't already.

Fun things to do with kids in London 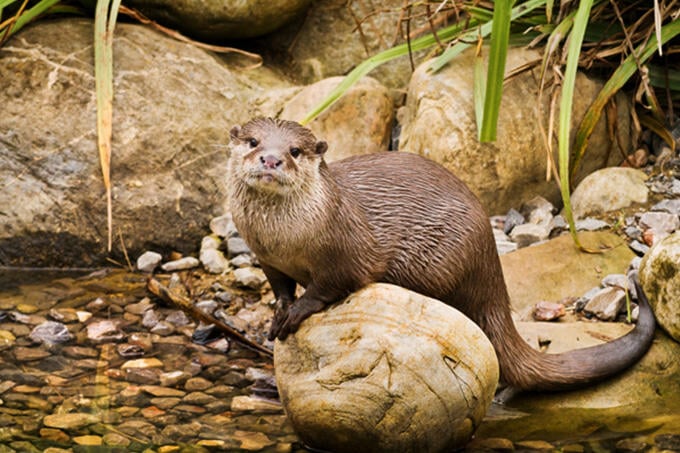 London Wetland Centre
If your kids love nature, wildlife and the outdoors take them on a day out to WWT Wetland Centre. Out in a loop of the Thames, it’s a quiet sanctuary hidden away in the city and you won’t believe you’re in London. Bursting with flora and fauna, wild ducks, birds and butterflies, the Wetland Centre is a beautiful attraction to get in touch with the beauty of nature and to see animals in their natural habitats. Stop off at the otters’ feeding times, or visit the kids adventure zones – you’ll be entertained for hours!

Wembley Stadium Tour
If your kids love football you can’t pass up an opportunity to take them on a Wembley Stadium Tour. Home to English football, Wembley is one of the world's most iconic sporting grounds and a tour around these hallowed grounds is quite impressive! Go behind-the-scenes and visit the teams’ changing rooms, walk down the player’s tunnel and even get a look at the interview media room! 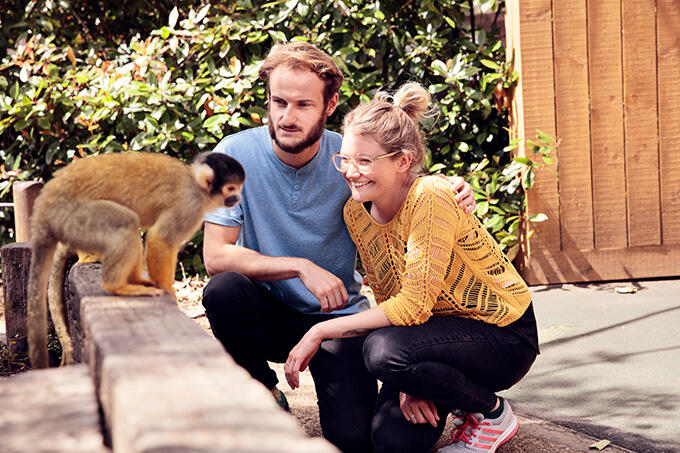 ZSL London Zoo
London Zoo is a great place to take the kids and you can rest assured they’ll be entertained for hours with the hundreds of animals to admire and enclosures to visit. The Zoo is packed with exotic creatures from gorillas to penguins, tigers and armadillos. There are live feedings which you are invited to watch to see the animals up close. There’s even a Rainforest Life, London’s only living rainforest, home to some of the rarest species on earth. London Zoo is one of the best kids attractions with dynamic and interactive exhibits as you go around so they can both enjoy the experience and learn something along the way, too!

Whether you’re visiting in London with a five year old or fifteen year old there are lots of great things to do with the family to keep everyone interested. From visiting museums about London, to watching a spectacular cinematic experience on the big screen, your kids will love it.

If you’ve got an Oyster Card you can easily take the stress out of sightseeing by getting from A to B with ease - which can be daunting with a family, and why not download extra handy resources, like a tub map and tourist map, in advance so you’re armed with all the necessary items to help you on your way as soon as you arrive.