10 Most Haunted Places In London

Ghosts are definitely real. We've already established that. But where does your average ghost hang out these days? Well, anywhere it seems. London's got a lot of history. Some good. Some...not so good. So it's probably no surprise that the capital has its fair share of supposedly haunted locales. So where are you safe? Or for those of a daring persuasion, where are you not? We thought we'd compile a list of haunted London locations. Ten of them, to be exact. So read on to discover some of the 10 most haunted places in London.

Liverpool Street Yes, one of the largest transport hubs in the city has its own spooky goings-on. Workers at the station have reported seeing a man in workers overalls waiting on the Central Line platform...after the station has already shut. Who is he...or more importantly, who was he? Where was he going, and how did he pass? [caption id="attachment_5283" align="alignnone" width="1000"] 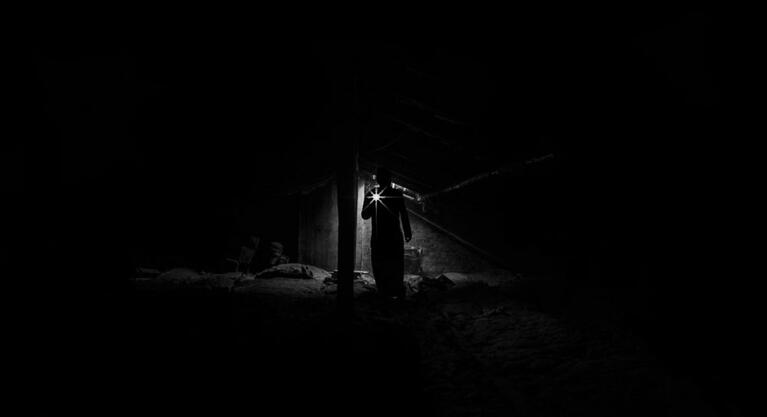 Is THIS the man? No. But COULD it have been him? No.[/caption] Not only that, but a burial pit filled with those who had succumbed to the plague was discovered beneath the station not too long ago. And if plague pits are anything like Native American burial grounds in Stephen King novels, don't bring any dead pets through Liverpool Street. Why you would is another thing entirely, but you have been warned.

Tottenham There has been a MURDER. Well, there was a murder. At Bruce Castle...in the 1600s. Lady Constantina Lucy, the Lady of the castle, threw herself from the top of the castle - with her son - way back when. Apparently because her husband was a real piece of work who kept her locked away. Rumour has it you can still see the ghostly visage of Lady Lucy staring pensively from the castle's balcony. Perhaps questioning her actions. Or perhaps...perhaps, she doesn't even remember. No reports of her son though. We imagine he'd have a few choice words for his mother given the gruesome circumstances of his demise. Bruce Castle still stands in merry Tottenham, if you dare venture forth to see the spirit. Or the Museum, which it has now become. [caption id="attachment_5315" align="alignnone" width="1000"] 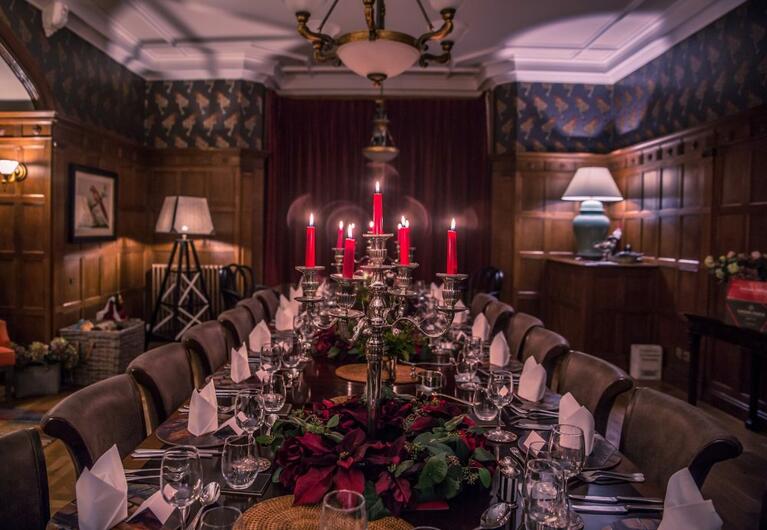 Nothing creepy going on here.[/caption]

Clink Street Yep, who'd have thought that an old, renovated prison would be ground zero for ghoulish goings-on? The Clink is rather notorious as one of the most brutal prisons of the Middle Ages. Prisoners were often beaten and starved, all at the behest of the church. We don't have to tell you how miserable it must've been even being alive back then. Plague. Evil prisons. No Love Island. A living nightmare. [caption id="attachment_5312" align="alignnone" width="1000"] 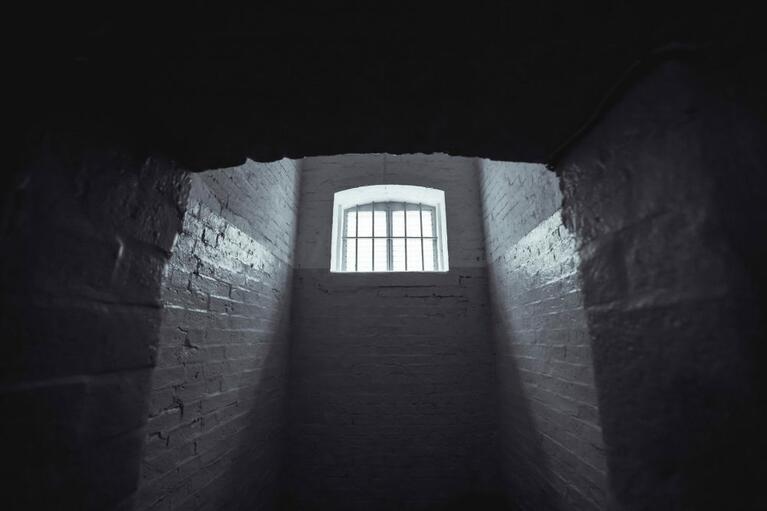 CLINK. CLINK. Those are the sounds of the spirits. But also the name of this prison turned museum.[/caption] Though it's been shut for around 300 years, visitors swear they see the ghostly apparitions of both guards and inmates, including a woman trying to remove her shackles. Nope. No thank you. We quite like living. We'll be giving this one a miss. But you should go! Now you know just how haunted London can be.

Marylebone Who doesn't love a nice haunted hotel room? Well, room 333 of the Langham Hotel is all kinds of spooky. Several ghosts have been spotted in the room, not just by budding ghosthunters but by more skeptical journalists too. Those daring enough to face these spirits need only book the room, and head over to Marylebone to visit this wonderful period hotel. We don't think we'll be staying any time soon, but you're made of sterner stuff. Right? [caption id="attachment_5313" align="alignnone" width="1000"]

Is that a GHOST? Or a woman in a stock photo. We can't be certain. Can you? OOooooOOOOHHHhhh[/caption]

The Tombs beneath London Bridge

London Bridge Another London locale, another bloody plague pit. Yes, a whole lotta people succumbed to the Bubonic Plague back in the day, and as was customary, all the bodies were dumped in mass graves because life back then was just so much fun. The Tombs beneath London Bridge are part of the London Bridge Experience. The experience itself is an informative and unsettling journey through thousands of years of bloody conflicts and betrayals that have taken place in and around the bridge. But the Tombs, well...they are only for the most daring of those taking the London Bridge Experience. [caption id="attachment_5314" align="alignnone" width="1000"] 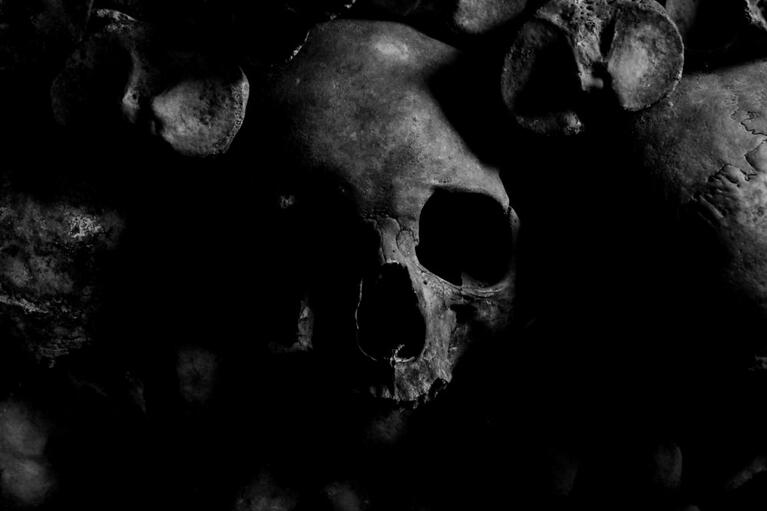 Living in the past was awful[/caption] Shadows have been seen moving from room to room down there, and Emily, a young woman, is often spotted wandering around too. What's even spookier is that certain tours have actually complained that one of the actors on the tour is simply staring at them and not getting into it. Well, that isn't one of the actors. That was Emily. 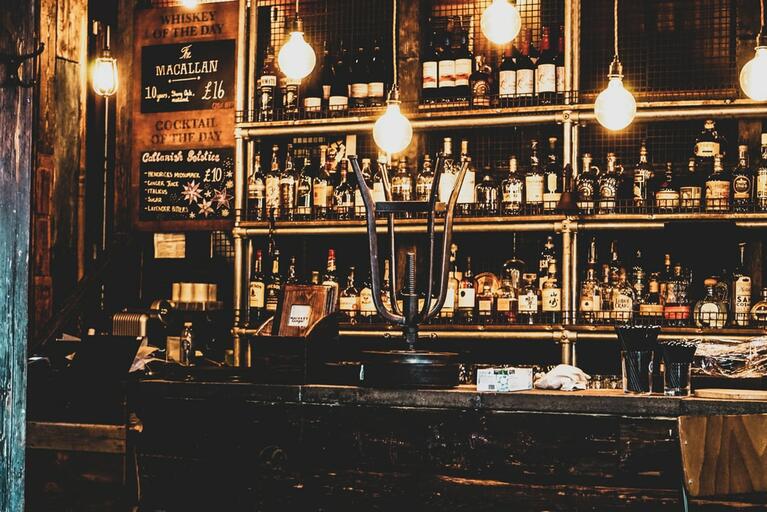 If you weren't sure what a pub looked like, here is a picture[/caption] This one might ring a bell, as it used to be called 'The Jack The Ripper'. Yep, we're talking about Ol' Jack now. Back in the 90's, the landlord claimed that Annie Champman's ghost had possessed the pub. For those of you who don't know, Annie Champman was one of the Ripper's victims. People have also claimed to see ghosts within its walls, and have experienced poltergeist activity. Tables flying, chairs moving. Maybe there's something in the barrels. Or maybe, maybe, there's something more sinister afoot. So if you fancy sitting and having a pint while trying to spot some ghosts or other spooky shenanigans, give The Ten Bells a pop.

Copperfield Road Of course there's a haunted London school. Of course there is. Now a museum, it used to educate children from poorer communities in East London. These days, visitors can learn a lot about the education system back then. That is, unless they've been terrified. To death. That might be a stretch, but museum-ers have heard screams and creepy kid-laughs echoing throughout the building's halls. And if there's one thing that's creepier than an old school, it's one filled with ghost children. [caption id="attachment_5317" align="alignnone" width="1000"] 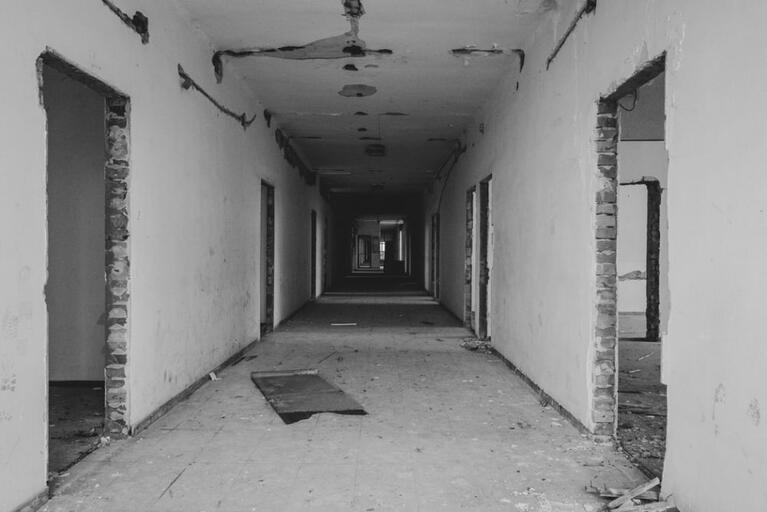 Can you see a child at the end of this corridor? Look closer. Closer...BOO. There are no children in this photo.[/caption]

Highgate Who'd have thought that a cemetery, a place where people are buried, would ever have any creepy paranormal activity around it? Well, Highgate Cemetery has had its fair share of spooky shenanigans. [caption id="attachment_5318" align="alignnone" width="1000"] 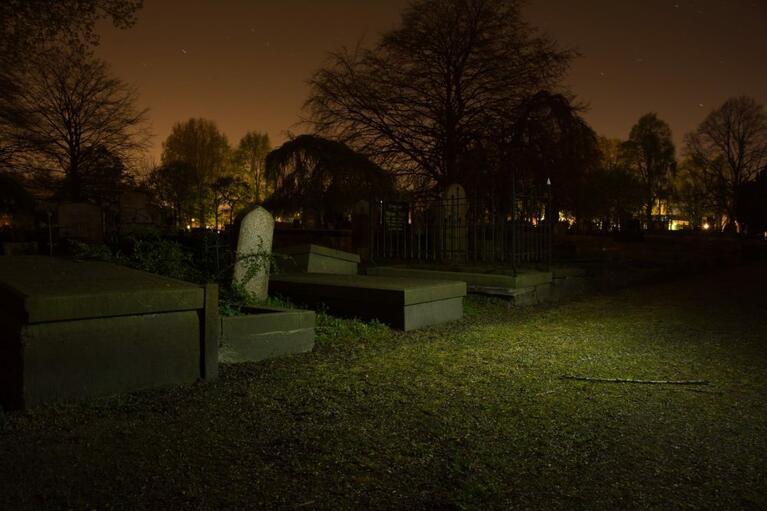 See? No vampires. Anywhere.[/caption] In the Seventies, a creepy man was spotted by locals wandering the area. A local magician called Sean Manchester decided, in his eternal wisdom, that the figure must be a vampire. Why would a vampire hang around a cemetery? Don't they like, drink blood? But on the night of the hunt, Mr. Manchester disappeared, never to be seen again...Is what we would say if that had happened. Instead, he didn't find a vampire. Because vampires have no reason to hang around cemeteries. But you know what does hang around cemeteries? Ghosts. Especially the ghost of Karl Marx, who's buried at Highgate.  Just don't share any of your wealth with him. He loves sharing wealth.

Greenwich This one's reputation proceeds it. Greenwich's Queen's House is the site of one of Britain's most famous ghost photos. A retired Canadian Reverend and his wife visited back in the Sixties, and the Reverend loved the staircase so much he decided to take a photo of it. Little did he know that when he developed it, he would discover two ghostly apparitions ascending the stairs. [caption id="attachment_5319" align="alignnone" width="1000"] 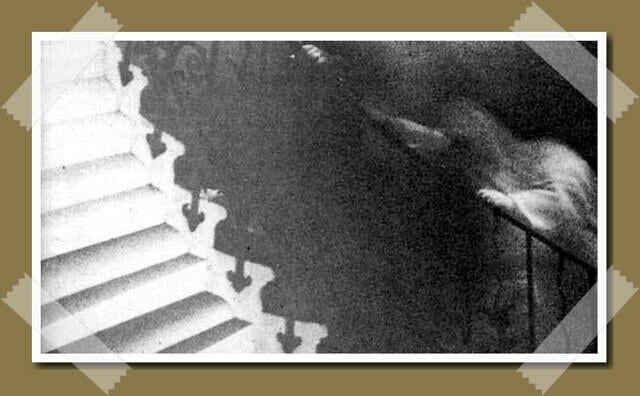 Image courtesy of Occult World[/caption] The Reverend and his wife swear that no one else was with them when the photo was taken. So who are these two? Who knows... Do you know? No. Neither do we. Why not go and ask them yourself? Scared?

The Tower of London 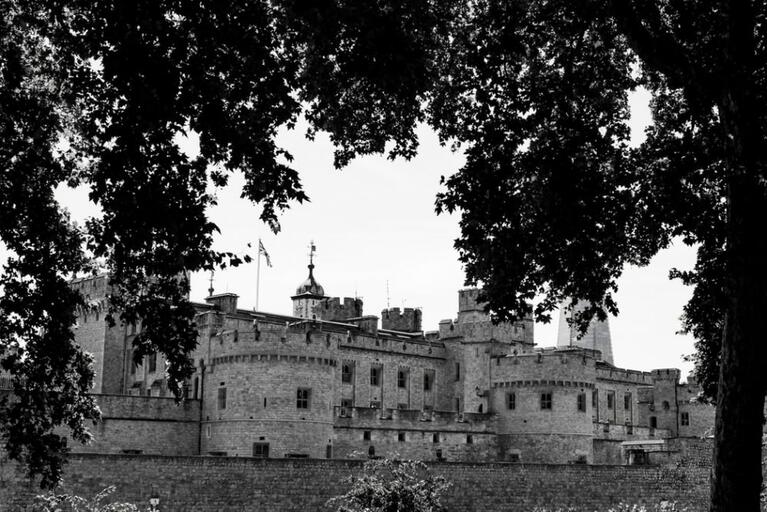 Last, but, certainly not least, is the Tower of London. For nearly a thousand years, the Tower of London was a prison. Arguably one of the world's most notorious. People lost their heads. A lot of people. People you may well have heard of, like Anne Boleyn. Henry VIII's second, and most well-known wife, was beheaded in the tower back in 1536. People still see her wandering around, holding her severed head by her side. Others have seen and heard all sorts of prisoners within the walls. Wailing. Wandering. As ghosts tend to do. Why not check it out and see them for yourself? And that's our list of the most haunted London locations! Got any other creepy places you'd recommend, or seen any ghosts yourselves? Let us know in the comments below. And while we have you, why not check out a London ghost tour?