Dominating the London skyline, The Shard is also one of the most recognised buildings in the world.

Since opening on 1st February, 2013, The Shard has fast become one of London's most popular attractions, thanks to the highest viewpoint of the city offering unparalleled panoramas over London at The View from The Shard. But, do you know exactly how tall is The Shard? Or the number of glass panels make up the exterior?

Read on to find out some of our favourite top facts about The Shard. 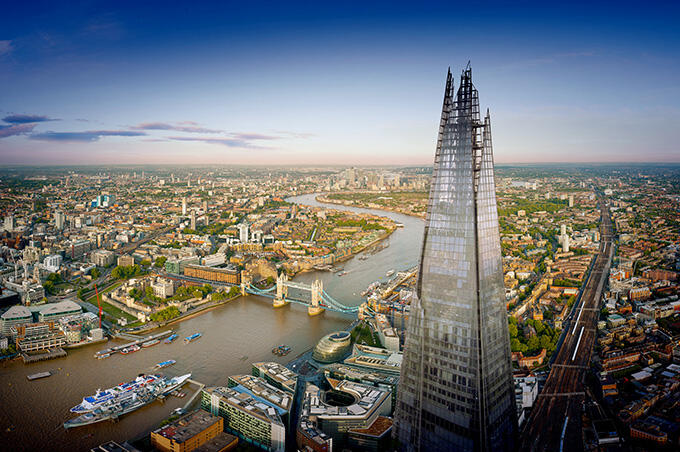 How tall is The Shard?

The Shard is 306 metres tall, however if you measure all the way up to the tip, it's 310 metres, easily making it Western Europe's tallest building. The viewing platform at The View from The Shard ascends to 244 metres, offering unparalleled views over London for up to 40 miles.

What are the other names for The Shard?

The Shard wasn't always known by it's infamous name, but rather was formerly called the London Bridge Tower. Nowadays, alternative names for the building are Shard of Glass and Shard London Bridge, but almost everyone refers to the structure as "The Shard.

How many glass pieces is The Shard made out of?

Modelled after a shard of glass - it's only natural that The Shard be made up of glass - 11,000 glass panels to be precise. With a total area of the glass facade adding up to 56,000 sq. metres, that is the equivalent of eight football pitches! 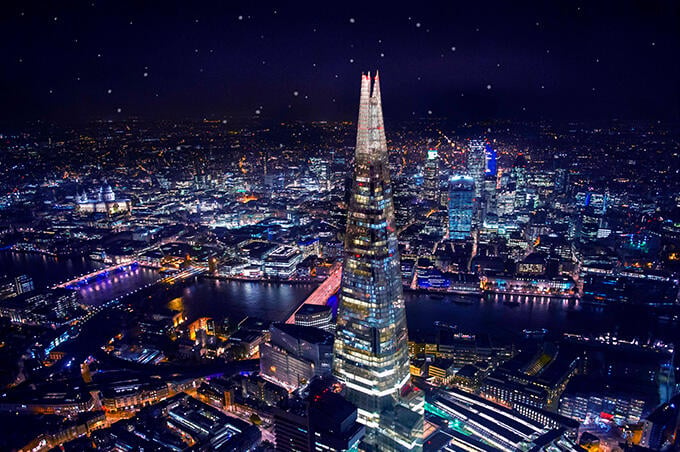 Where are the restaurants?

Looking for the highest restaurants in town? Boasting incredible views, floors 31 to 33 are home to three different restaurants from Modern Northern Chinese cuisine to contemporary British fare. Head further upstairs to the 52nd floor for some of the highest drinks in the city.

Is The Shard the tallest building in the world? 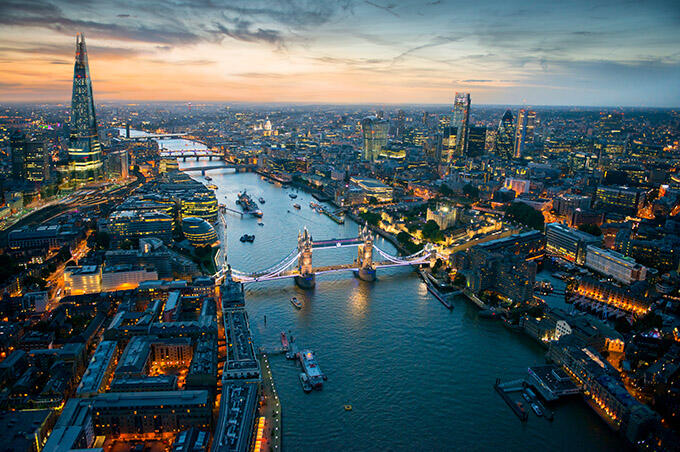 What's in The Shard?

The View from The Shard is actually made up of three floors - taking up the 68th, 69th and 72nd floor. With an indoor viewing gallery and interactive multimedia Tell:Scopes where you can discover London's past, present and future; as well as an open-air Skydeck on the 72nd floor, it's a can't-miss London landmark! 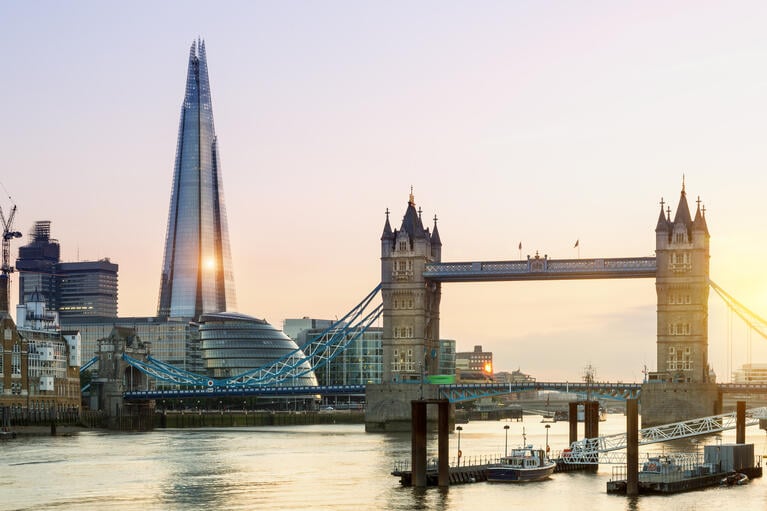 The average lift speed in The Shard is 6 metres per second. This makes it a smooth and speedy journey to the top. You might even feel your ears pop!

Who's Romeo the fox?

Back in 2011, a fox was found living on the 72nd floor of The Shard. The animal, nicknamed Romeo by the staff, entered through one of the stairwells. He then made its way up the building, surviving on scraps of food left by the neighbouring buildings.

Consider adding The View from The Shard  to your itinerary during your trip with The London Pass®. You'll make great savings on comined admission vs. paying at the gate, and your pass includes entry to dozens more top attractions in the city!